Author M.J. Duffy’s high-voltage Zankli Chronicles trilogy tells the story about an ancient African civilization that has a secret. The Zanklis were given formidable powers by aliens hundreds of years ago to become the protectors of humankind.

“After seventeen years of imagining the exploits of the Zanklis over three books with the fourth in the works, it is beyond exhilarating to receive an accolade for the third book in the Zankli Chronicles,” said Duffy who is also a proud member of the National Coalition of 100 Black Women.

RSJ holds the Emma Awards at an annual conference. Founded in 1995, RSJ seeks to promote multi-cultural authors of books with stories that depict diversity and inclusion, limiting characters written from stereotypical perspectives on romance and women’s fiction.

“There are at least four judges who read and score the books based on ten questions,” said Bonita A. Thornton, the chair of RSJ. “M.J.’s had the top score in literary excellence for the paranormal judge category.”

Defiant Love is Duffy’s most recent book that follows the eponymous Zankli species. The Zanklis appear to be humans but are paranormal descendants of extraterrestrials called Seraphs. The Seraphs imparted their abilities to the fictionalized tribespeople with the command to be the guardians of good on Earth. Zanklis are incapable of evil but their superhuman nemesis are not. Defiant Love takes the power of love to another level. When the embattled couple consummate their love, they have exponential power to “defy” their enemies.

Duffy began writing science fiction in 2007, long before many of us had ever heard of “Black Panther.”  Although she said she never read or heard about the Marvel comic-book hero, there are many similarities between her fictionalized Zanklis and the Wakandans, except her characters are not as Disney-esque. They are lascivious, blood-thirsty, and highly intelligent.

“The market for Black stories and Black authors is improving,” said Duffy. “Black book clubs are the fastest growing reading groups in the USA. Also, the African Diaspora has a huge readership.

“Africans are extremely interested in books about themselves. Moreover, there is an inherent curiosity

by all ethnic or racial groups about African culture and history,” she said. Duffy added that Zankli fans can expect a fourth book titled  Immortal Love at the end of the year. 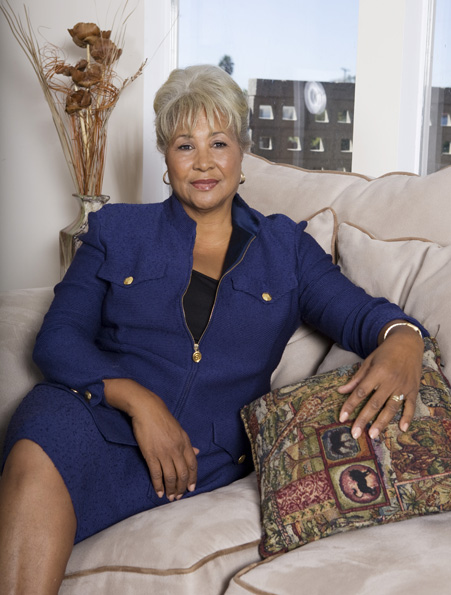 M. J. Duffy is a gifted author of paranormal romance. She lives in Los Angeles surrounded by incredibly supportive family and friends. After graduating from UCLA, she began working in marketing and spent many years as a career and personal growth coach and educator. Writing has always been her passion, and her most treasured moments are spent spinning tales of love, sexual fulfillment, and self-actualization for her readers.